CAMERON WEEKS is a Wilmington based drummer and my very first custom build. I also credit Cam for providing the spark that inspired me to continue my drum building venture. Cameron has played with JB Boxter, Turchi and Daryl Hance Powermuse. Cam's build was black walnut shells. 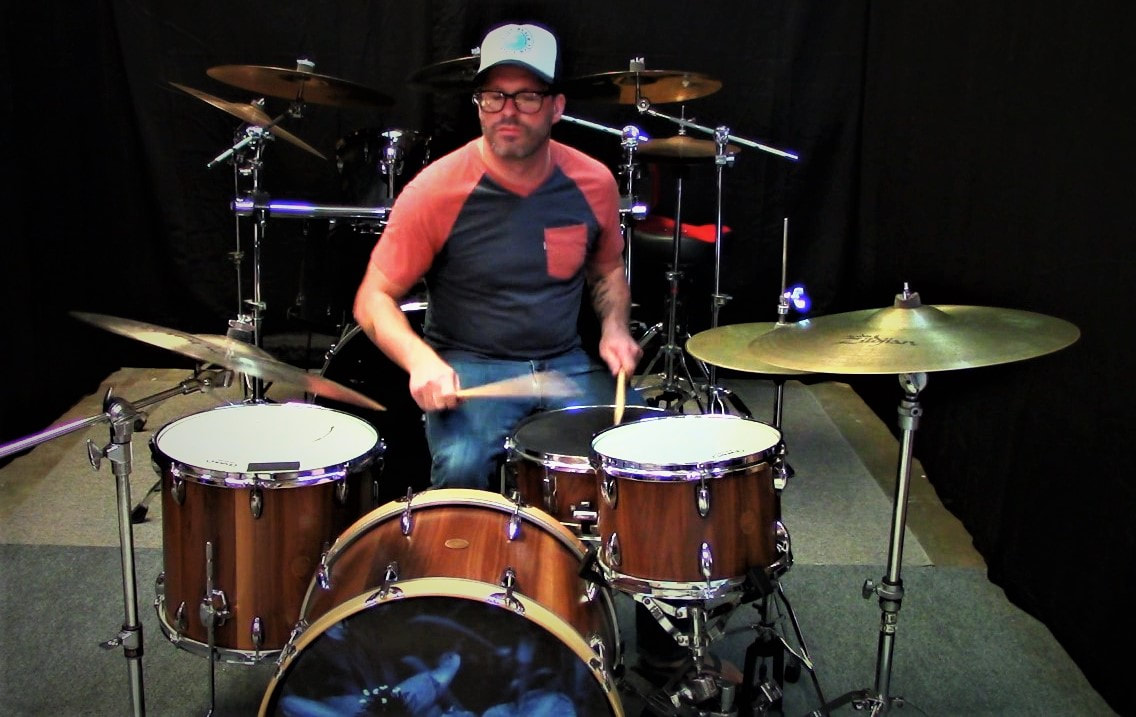 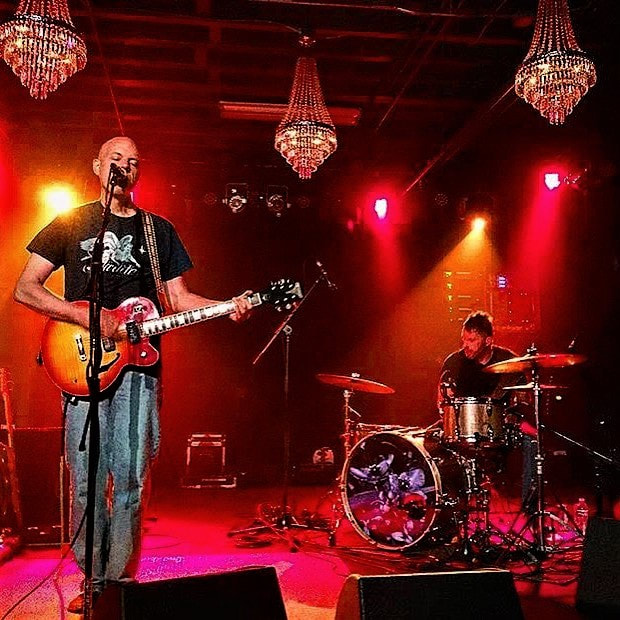 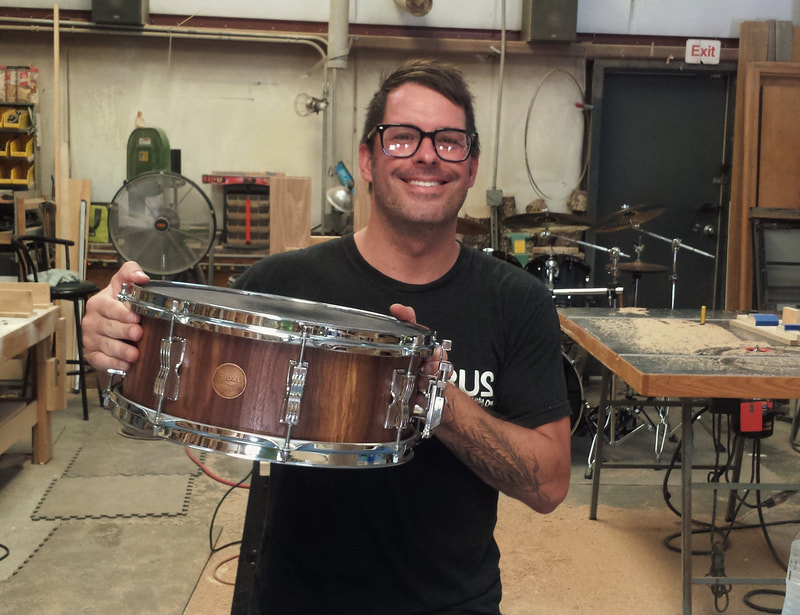 LOGAN WATSON is a Wilmington based musician and has played drums with The David Dixon Trio, Dust Parade and currently The Little Gems. Logan is a multi instrumentalist that makes solo appearances on guitar and vocals as well. Logan's build was black walnut shells. 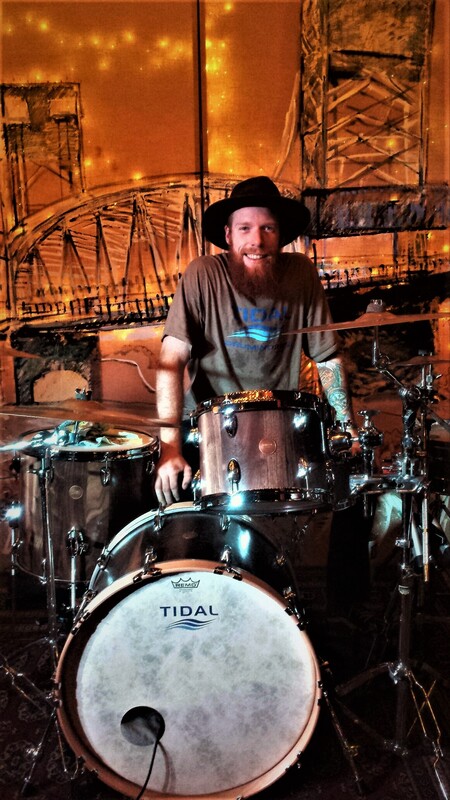 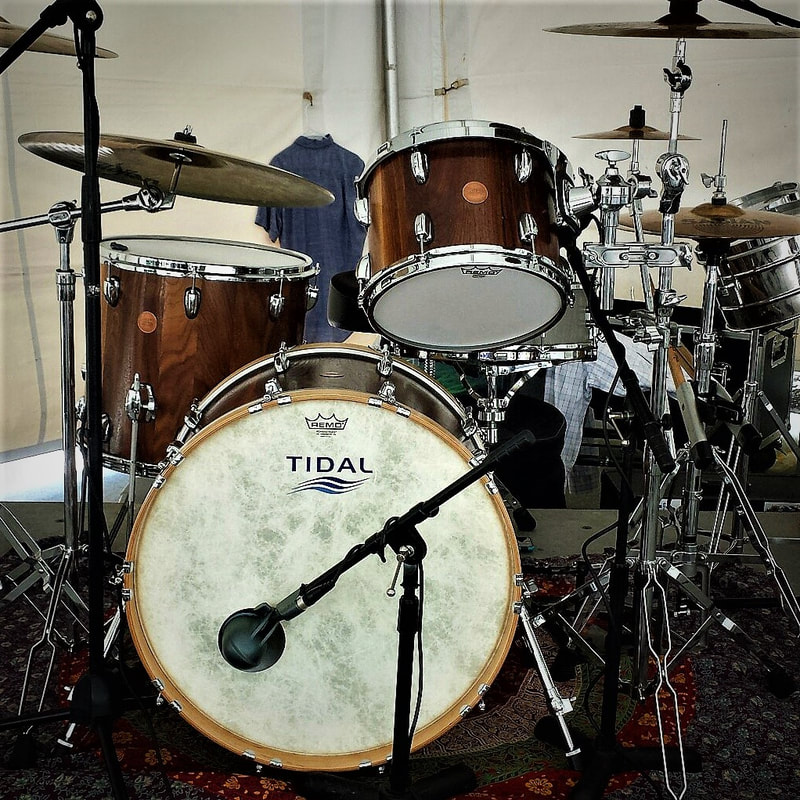 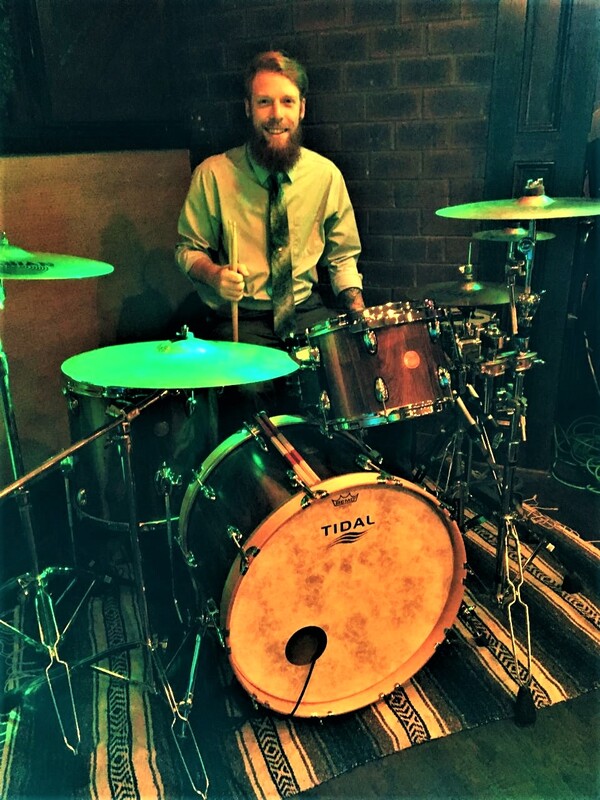 JON HILL is a Wilmington based drummer/educator. Jon splits his time between gigs and teaching. He is drum set instructor at UNCW as well as private lessons. He also released his first album with The Jon Hill Trio entitled HEAD SPACE earlier in 2021. Jon's build was American cherry shells. 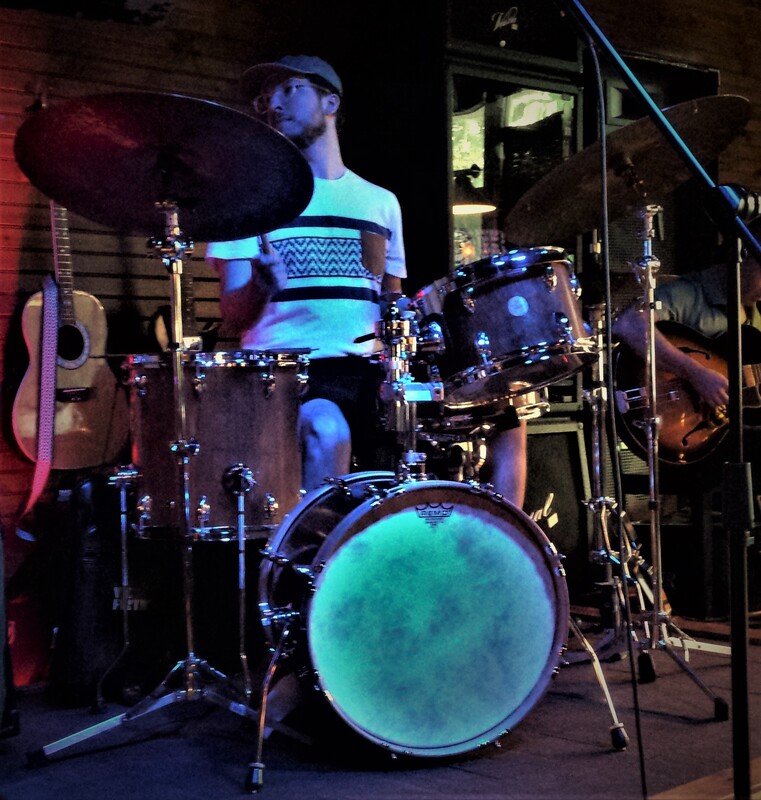 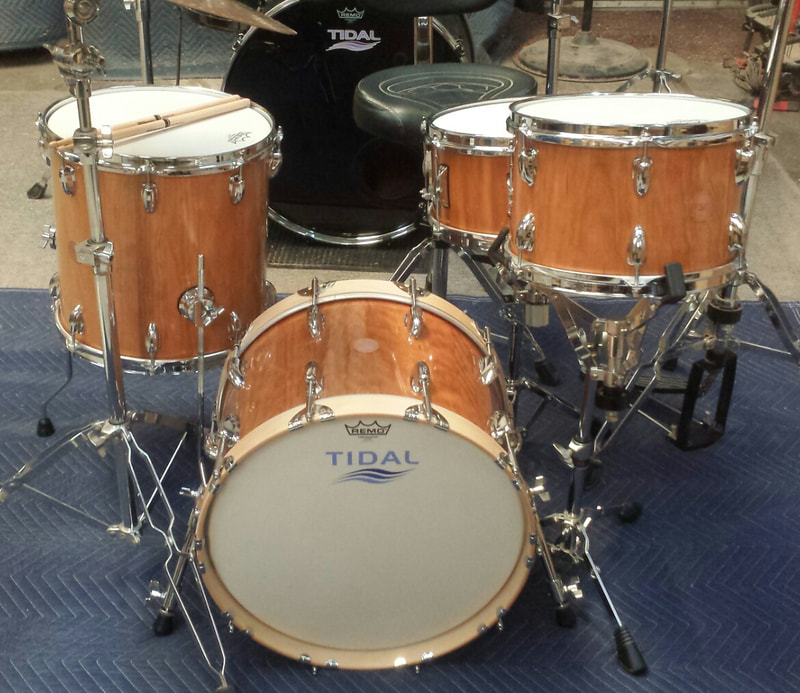 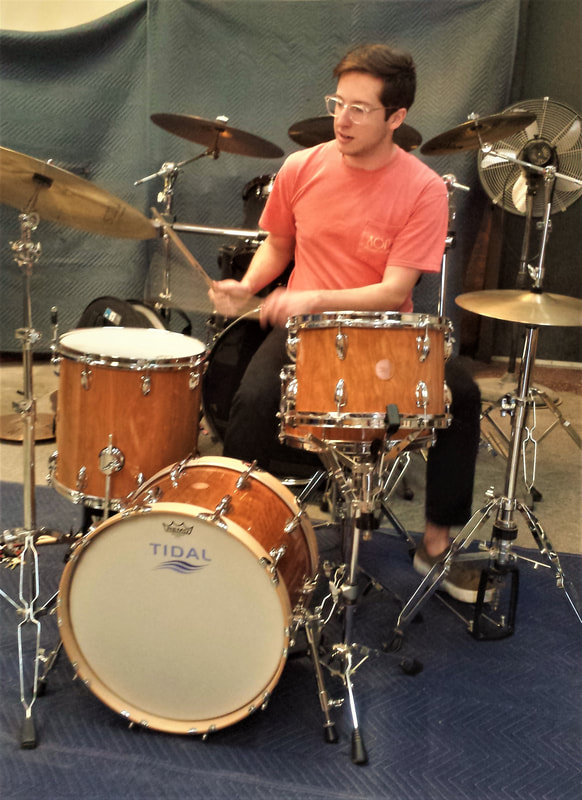 BRIAN RUSSELL COLLINS is a Nashville based drummer and solo recording artist. Brian has two custom sets from Tidal Drumworks, one in hickory and the latest is Spanish oak. He's been on the road supporting Lee Gant, Josh Gracin and currently on tour with Adam Sanders. Brian also released his own solo ep  The REAL THING in spring of 2021. 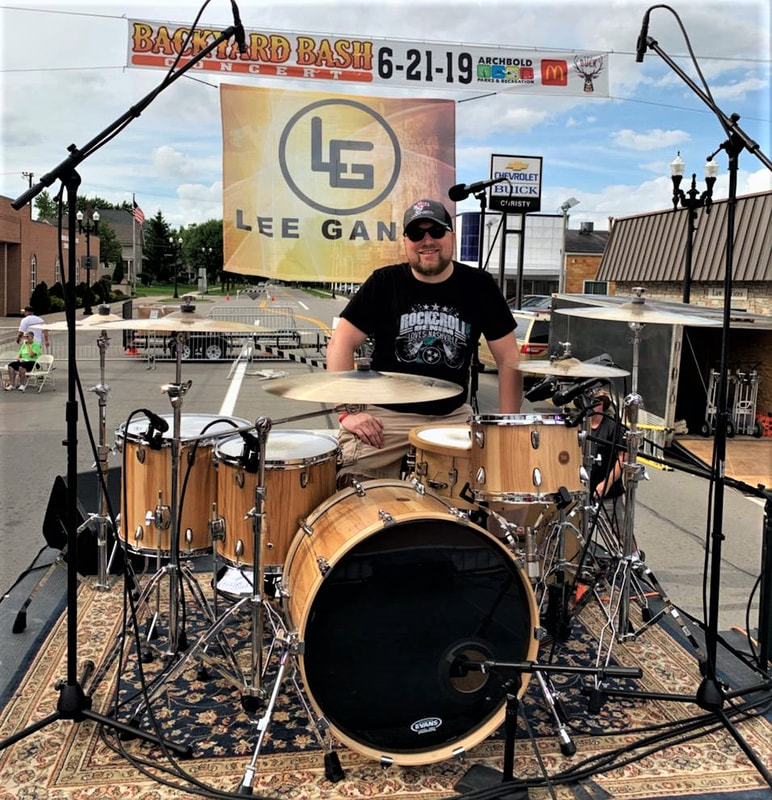 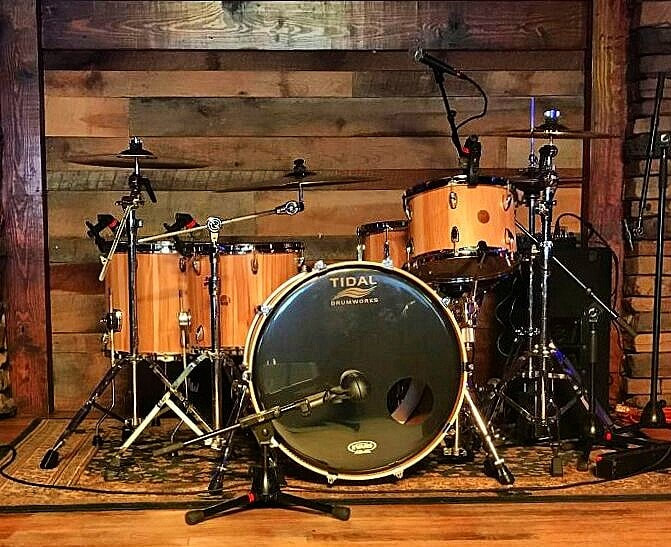 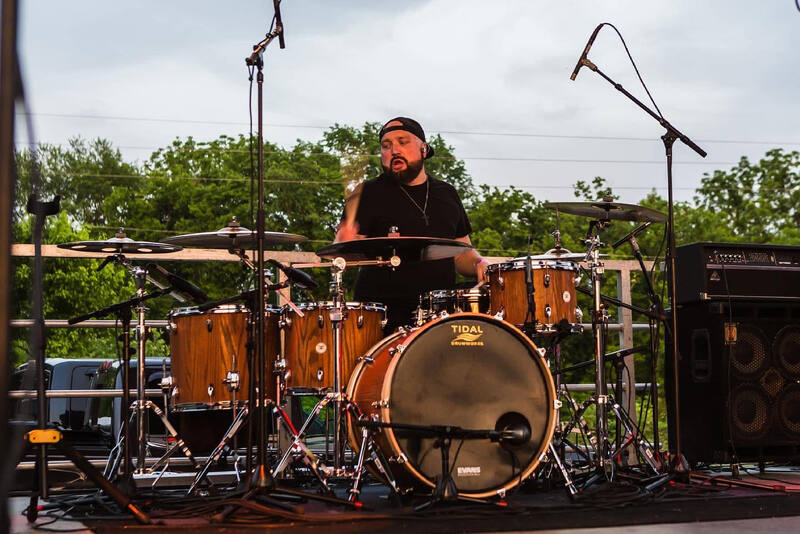 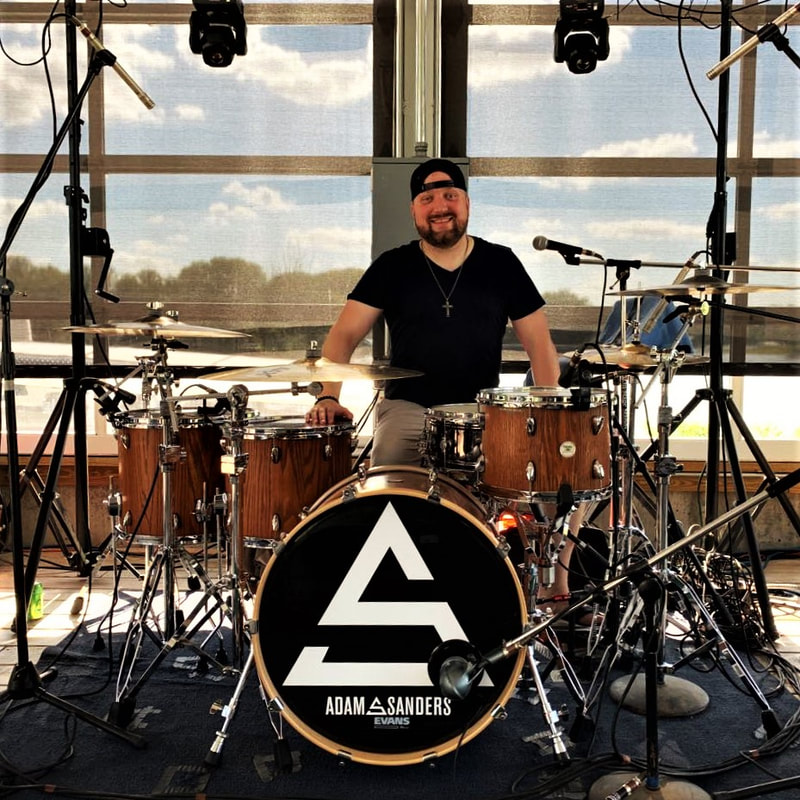 HAYES SMITH JR. is a Nashville based session musician/producer. Hayes set was a special build as the shells were constructed from white oak that once grew on his family farm in Salisbury NC. Something special about having that connection to the tree your instrument is made from. 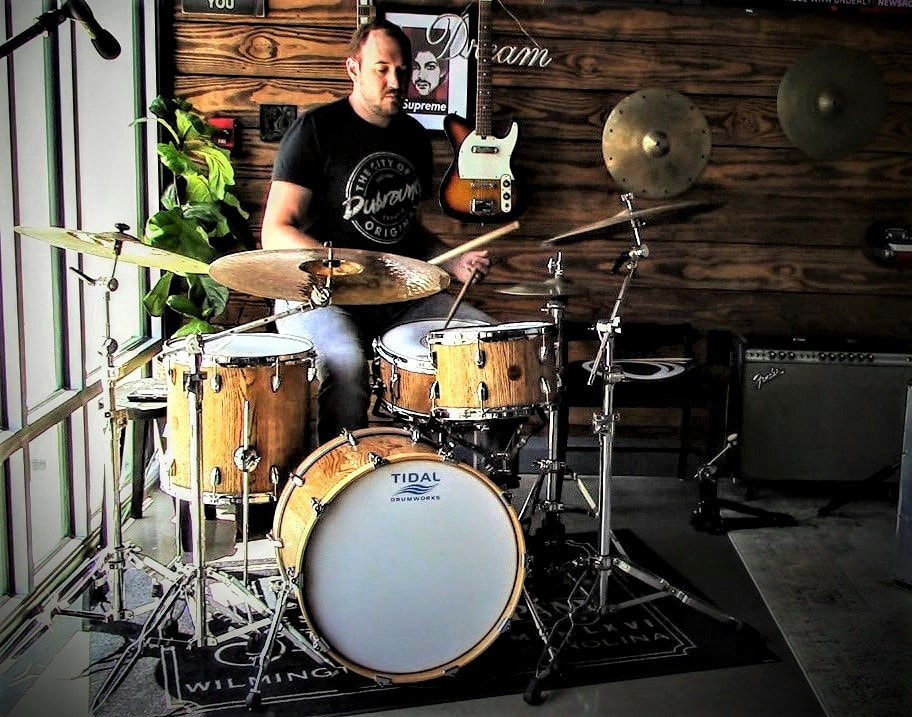 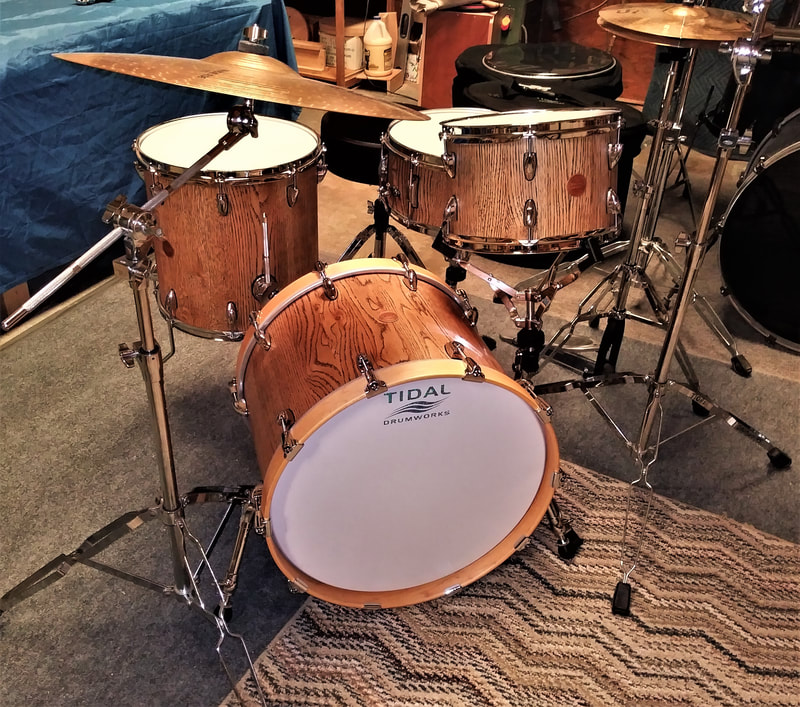 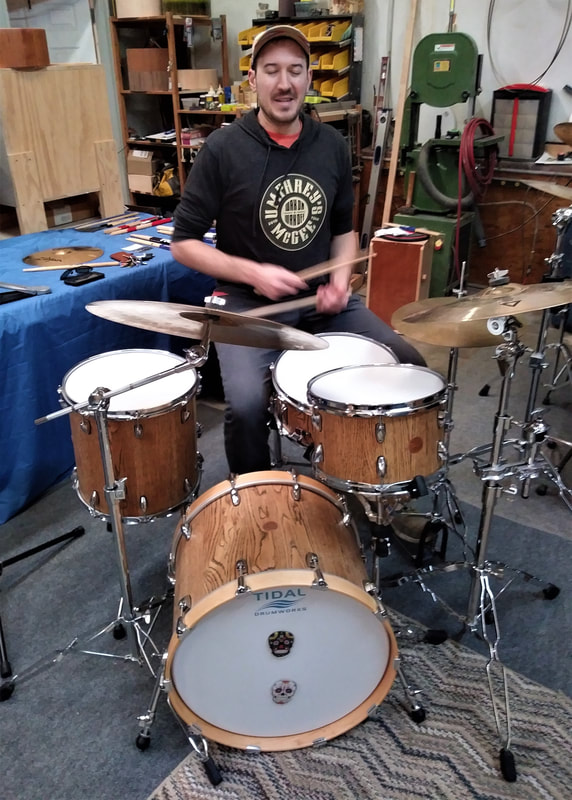 BEN VINOGRAD is a Raleigh NC based drummer. Ben is the drummer for the band BIG SOMETHING as well as his side project Casey and the Comrades. Ben's set was a very special build as it was constructed from 300+ year old live oak that went down in hurricane Florence. We had a mutual friend that salvaged the tree and were fortunate enough to collaborate with him to use the lumber for Ben's project. 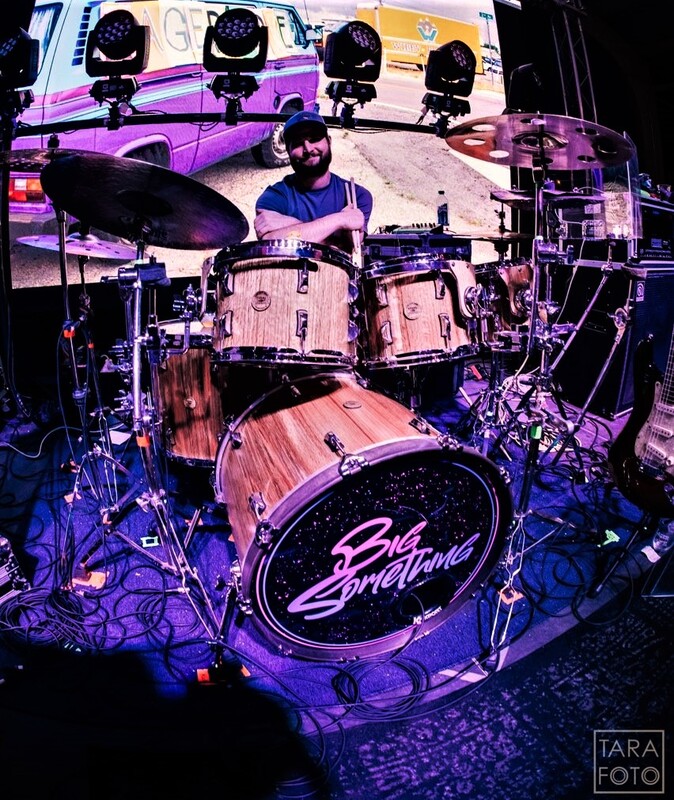 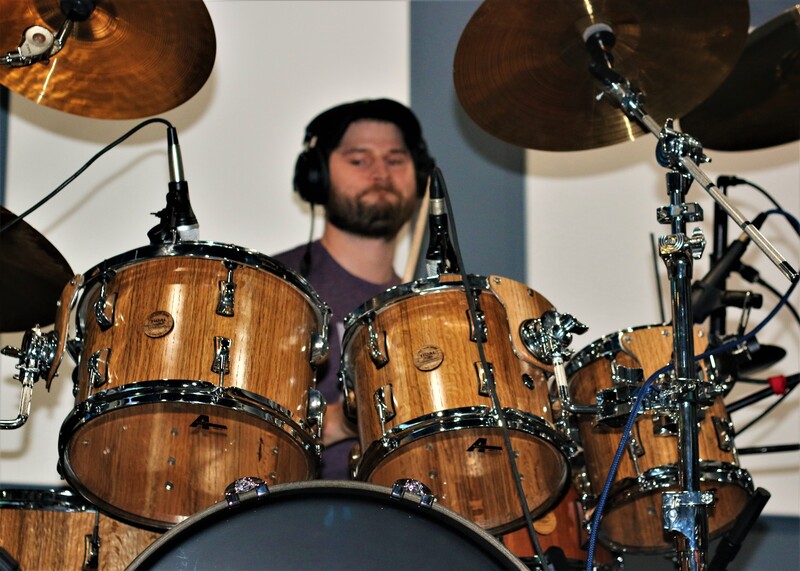 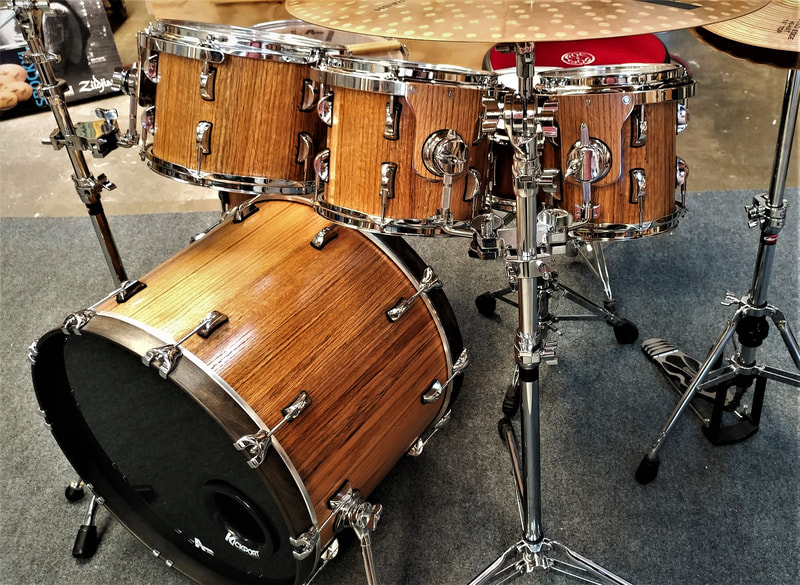 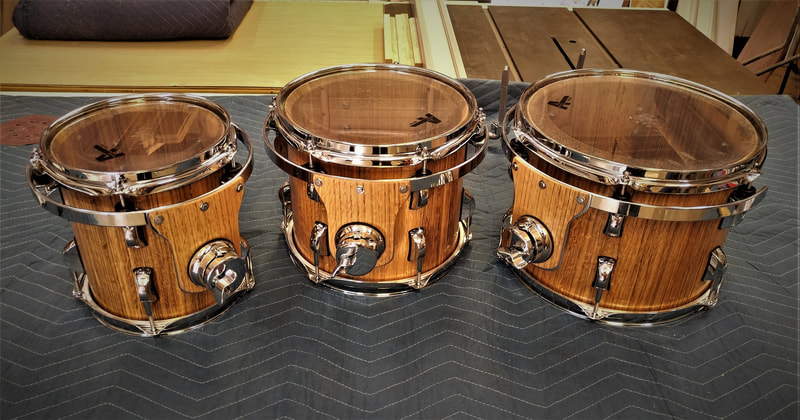 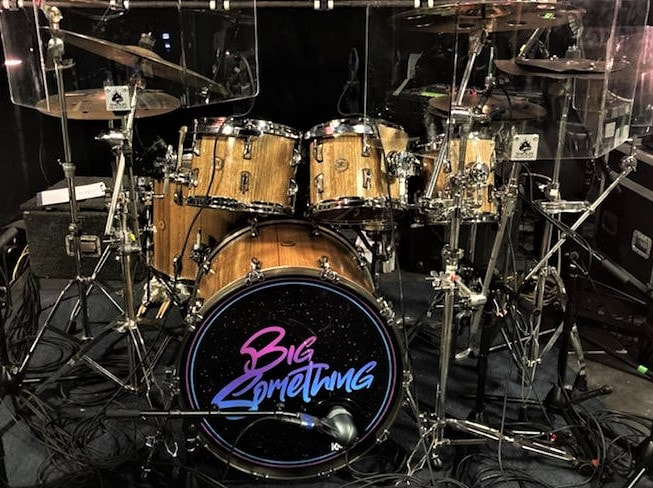 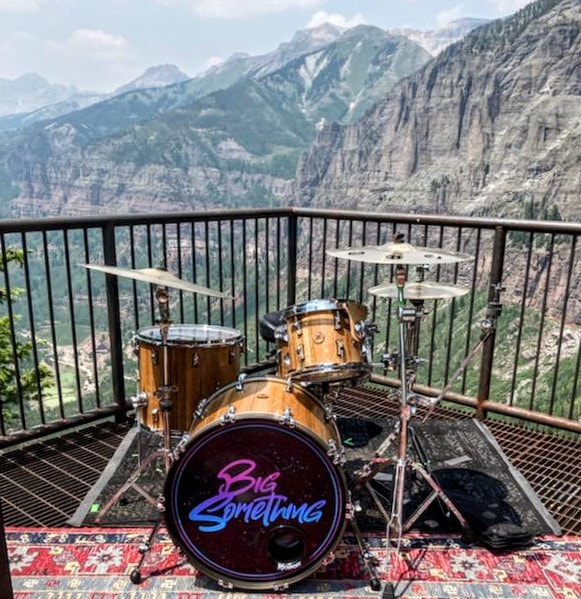 ASHLEE DUDLEY is a musician and percussion major. Ashlee had a pretty good idea what she wanted in her first set and I was honored she chose Tidal Drumworks to design and build them for her. Ashlee's build was Spanish oak shells with a custom finish. 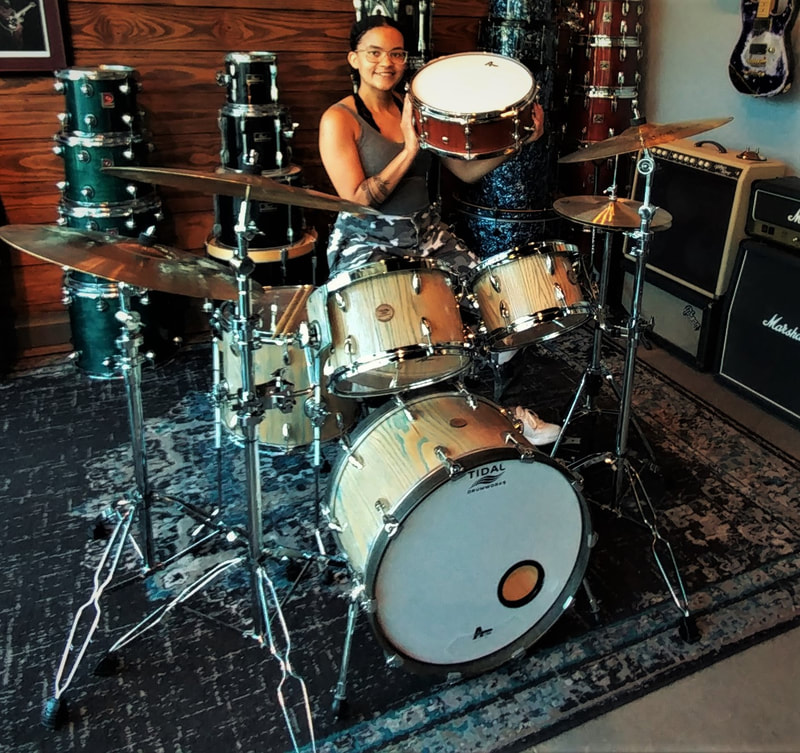 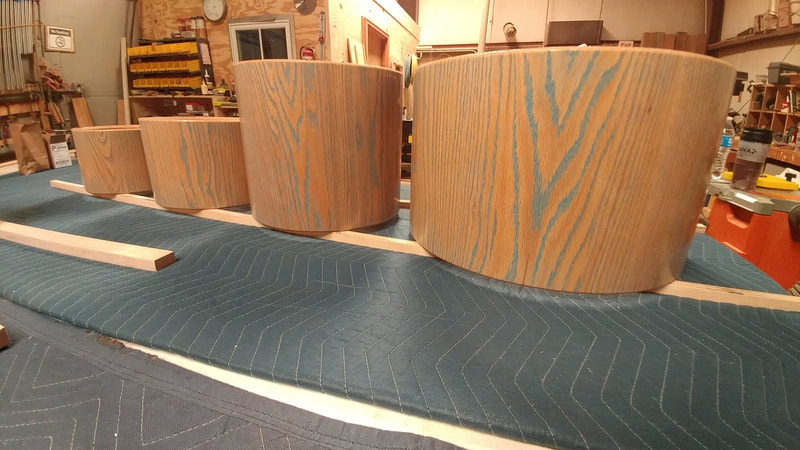 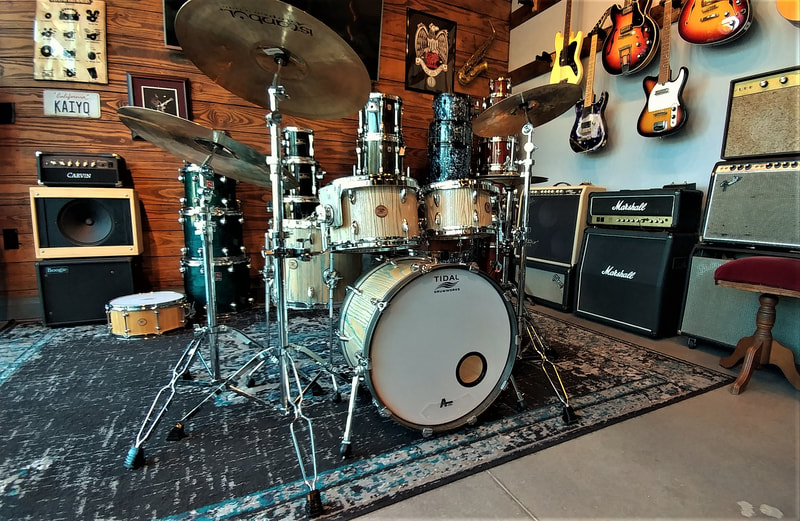